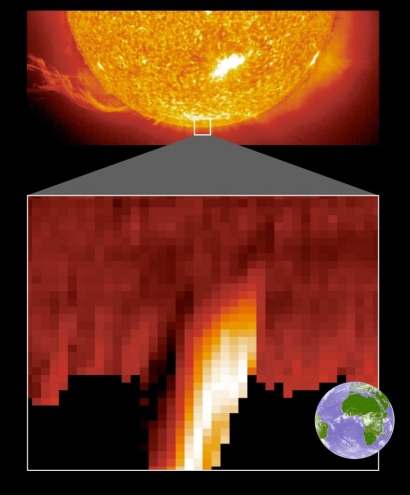 The colouring of the image shows, not the intensity of the emission, but the speed of the gas in the tornado. In the lighter right-hand side, the gas is moving towards SOHO, and away from SOHO in the darker left-hand side. The speed measurements come from shifts in the apparent wavelength of an emission from charged oxygen atoms (Doppler effect). The immense size of the tornado is apparent from the comparison with the Earth on the same scale.

The upper picture, used to show the position of the tornado, was obtained on a different date by EIT, SOHO's extreme ultraviolet imaging telescope.