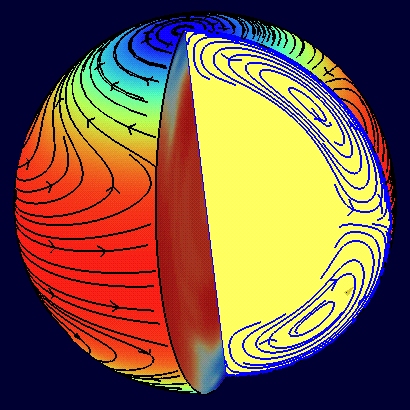 With the MDI observations we have also been able to measure the average poleward flow in the solar interior for the first time. The measurements show that in the top 15,000 miles (at least) there is a poleward motion in both northern and southern hemispheres with the flow speed of about 55 mph. We have NOT yet detected a return flow deeper in the convection zone, but expect that it must be present at some very slow speed. These poleward flow measurements were made be Peter Giles and Thomas Duvall using a new technique called "Time-Distance Helioseismology", developed by Duvall.
19-Oct-2021 22:33 UT