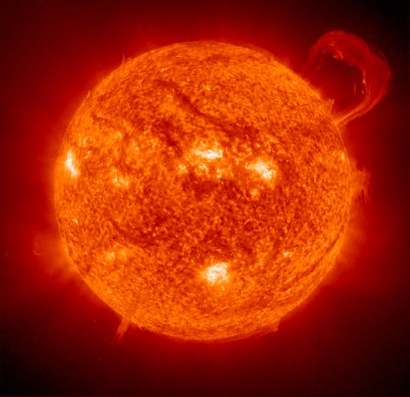 This image shows the solar disc as observed by SOHO's Extreme ultraviolet Imaging Telescope (EIT) at a wavelength of 304 Å, probing a spectral line emitted by ionised helium (He II). Corresponding to a temperature of about 60,000 Kelvin, emission in this line shows the upper chromosphere of the Sun.

The features in the image trace the structure of the Sun's magnetic field. A huge prominence is visible on the upper right side.

From Earth to the Universe