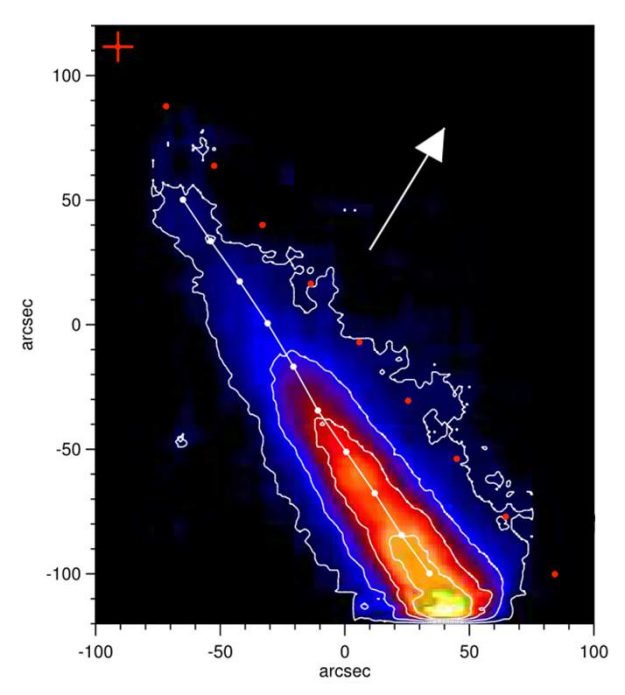 Analysis of data from the Solar Ultraviolet Measurements of Emitted Radiation (SUMER) instrument on the ESA/NASA Solar and Heliospheric Observatory (SOHO) spacecraft has revealed that comet 2012/S1 (ISON) stopped producing dust and gas shortly before it raced past the Sun and disintegrated.

Shown here is the SUMER image from 18:01 GMT on 28 November 2013. The white line indicates the bisector of the tail. Red dots mark the predicted position of the comet's nucleus at one minute intervals for the previous 10 minutes. The red cross is the position at the time of this image. The tail is offset from the comet trajectory, curved, and pointed with a length of at least 240 000 kilometres. The observations are consistent with models indicating that the comet stopped producing dust and gas hours earlier.

The white arrow indicates the direction of the Sun.