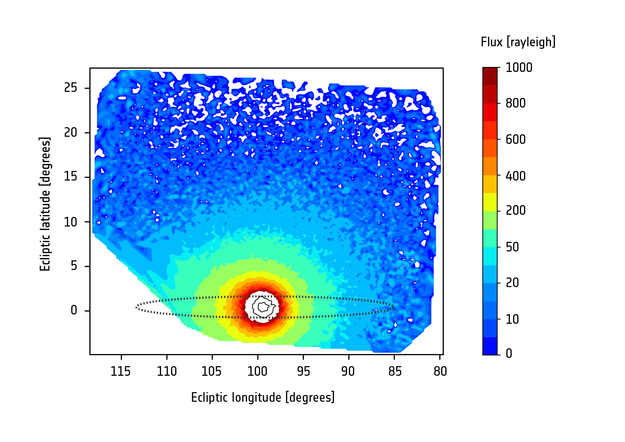 The intensity of hydrogen atom emission in the outermost part of Earth's atmosphere, the geocorona, as measured by the SWAN instrument on board the ESA/NASA Solar and Heliospheric Observatory, SOHO. Low intensity is indicated in blue, high intensity in red.

The data revealed that the geocorona extends well beyond the orbit of the Moon, reaching up to 630 000 km above Earth's surface, or 50 times the diameter of our planet. Earth is located at the centre of the white area, too small to be visible at this scale; the extent of the Moon's orbit around Earth is indicated as a dotted ellipse for reference.

Earth's atmosphere stretches out to the Moon – and beyond