Mating completed - the two modules of the Rosetta spacecraft are united

Mating completed - the two modules of the Rosetta spacecraft are united 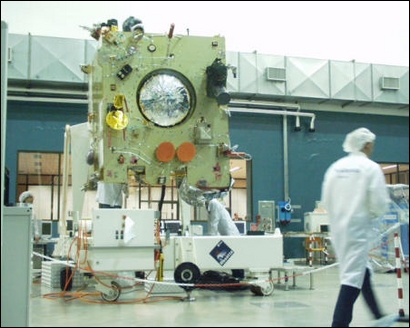 Depicts: The Rosetta flight model at the Alenia Aerospazio premises in Turin
Show in archive: false

The main structure of the Rosetta flight model, seen here in the horizontal configuration, is visible for the first time. The two modules, the Payload Support Module and Bus Support Module, were mated at the Turin premises of Alenia Spazio on 2 November 2001.
View »
29-Sep-2022 18:34 UT