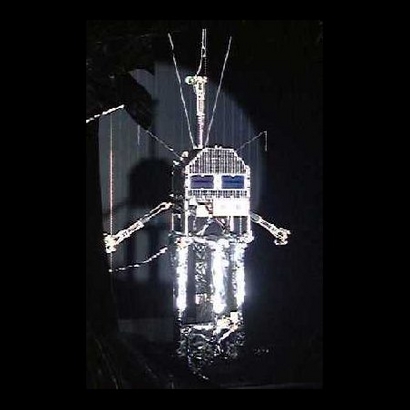 The Lander is seen from above (with respect to the attitude at launch), illuminated by the artificial Sun. The Landing gear is extended (3 legs).

The 'bright columns' in the lower half of the picture are a support stand, or 'test adaptor'; it is not part of the Lander but its purpose is to let the Lander stand in the right position in the test facility.

Scale: when the landing gear is stowed the Lander forms a cube of (roughly) 1m x 1m x 1m.