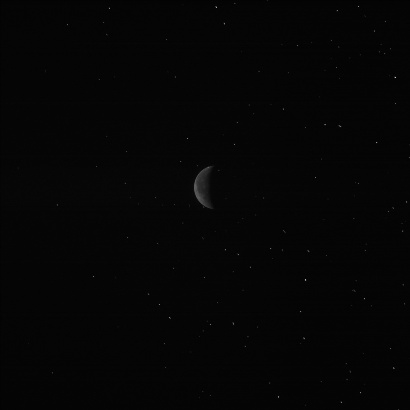 This image was taken by one of Rosetta's Navigation Cameras during the spacecraft's first Earth swing-by on 4 March 2005. It was taken at 22:08 UTC and shows the Moon with several artefacts due to charged particles hitting the camera's CCD.

The picture is 1024 x 1024 pixels in size and covers a field of view (FoV) of 5 degrees x 5 degrees. The image has been artificially brightened to better show the dark Moon against the dark background of space.