CIVA View of Mars and Rosetta

CIVA View of Mars and Rosetta 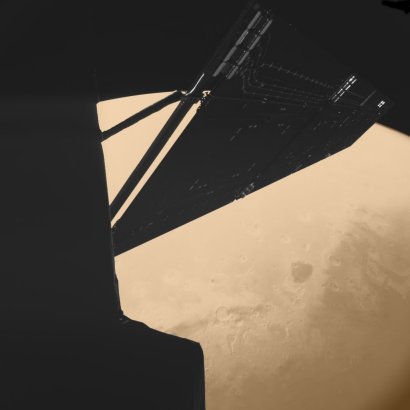 This image was taken by the CIVA imaging instrument on Rosetta's lander Philae during the Mars swingby on 25 February 2007, just four minutes before closest approach and at a distance of some 1000 km from Mars.

With the lander attached to the side of the spacecraft, this image shows one of Rosetta's solar array wings, with Mars in the background.

Closest approach occured at 01:57:59 UT when the spacecraft was only 250 km above the planet's surface.