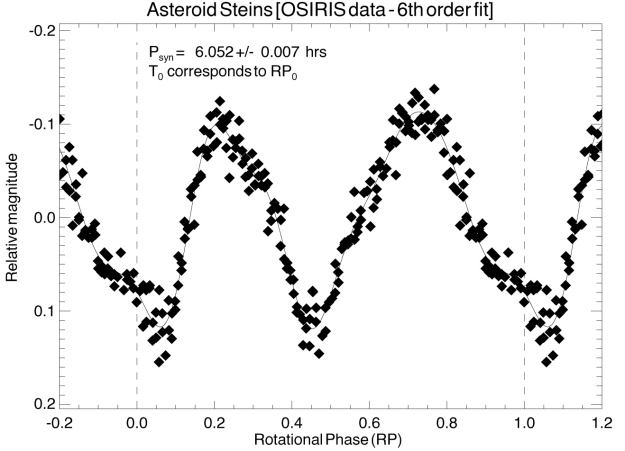 Asteroid 2867 Steins is one of two asteroids (the other being 21 Lutetia)  that Rosetta will  fly by on its way to comet 67 P/Churyumov-Gerasimenko. This plot shows the variation of the asteroid's apparent magnitude as measured by the OSIRIS Narrow Angle Camera on 11 March 2006 from a distance of 159 million kilometres (1.06 AU). The data were gathered during a single 24 hour period and show the asteroid has a spin period of just over six hours (6.052), in good agreement with ground based observations.

Further analyses of the data and correlation with ground based observations will allow for determining the orientation of the asteroid's spin axis.