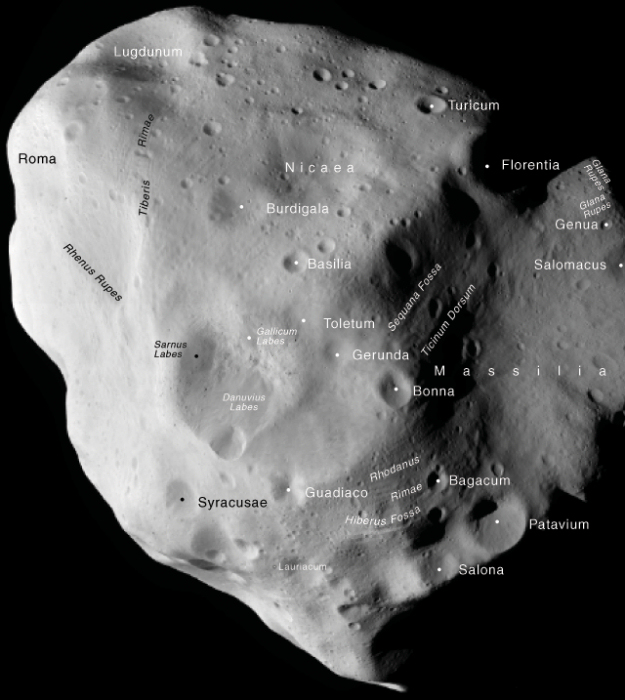 On 10 July 2010, ESA's Rosetta spacecraft flew past the large main belt asteroid (21) Lutetia at a distance of about 3170 km. The spacecraft's trajectory carried it over the asteroid's illuminated north pole, enabling more than 50 per cent of the surface to be studied.

The unprecedented images returned by the OSIRIS imaging system enabled the Rosetta science team to identify seven distinct topographic and geological regions, which were named after provinces of the ancient Roman Empire: Baetica, Achaia, Etruria, Narbonensis, Noricum, Pannonia and Raetia. The unobserved area of the southern hemisphere was named after Hermann Goldschmidt, who discovered asteroid Lutetia in 1852.