The boundary between Baetica and Noricum region on Lutetia

The boundary between Baetica and Noricum region on Lutetia 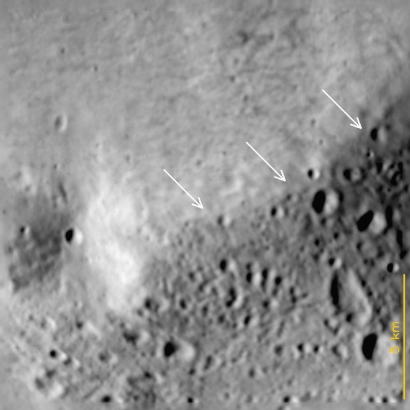 This image shows a portion of the surface of the main-belt asteroid (21) Lutetia. The image was obtained with the OSIRIS camera on ESA's Rosetta spacecraft as it flew past the asteroid on 10 July 2010.

By tracing craters and other features on Lutetia's surface, scientists have put together a geological map for the asteroid. Their studies have shown that Lutetia's surface comprises regions spanning a wide range of ages: each of them reveals a chapter in the long and tumultuous history of this asteroid.