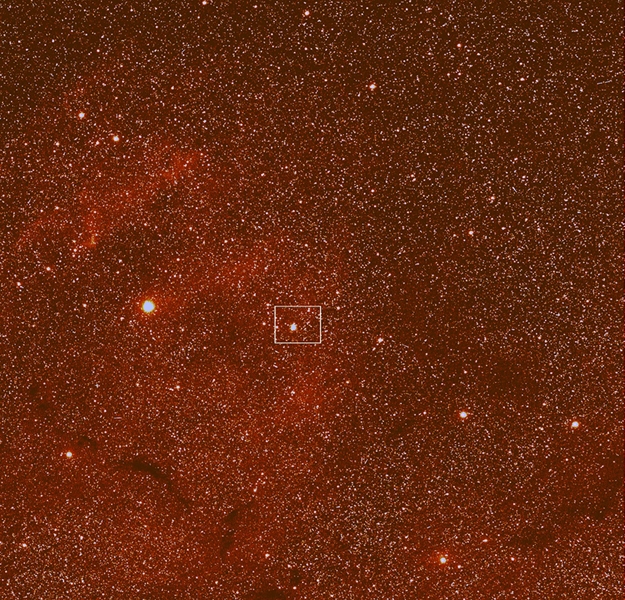 This is Rosetta's first sighting of its target, comet 67P/Churyumov-Gerasimenko, in 2014.

It was taken with the OSIRIS Wide Angle Camera on 20 March and shows a wide field 25 times larger than the diameter of the Full Moon. The colour composite shows a background of hydrogen gas and dust clouds in the constellation Ophiuchus. The white box indicates the position of the close-up taken with the Narrow Angle Camera, with the comet appearing towards the top of this box, close to the bright globular star cluster M107. The image was taken from a distance of about 5 million kilometres to the comet.