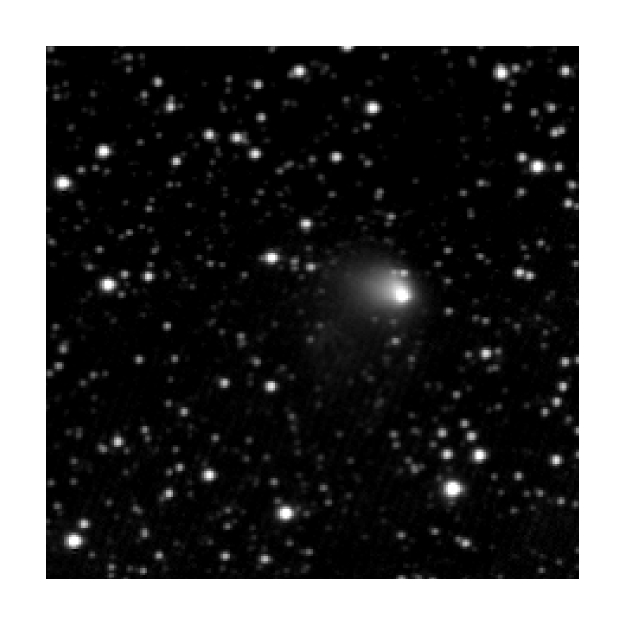 A close-up view of comet 67P/Churyumov–Gerasimenko, created by stacking a series of 10 minute exposures, taken on 30 April 2014 by the OSIRIS Narrow Angle Camera is shown here. The comet is seen towards the constellation of Ophiuchus (note that from the vantage point of Earth, both the comet and Rosetta are presently in Sagittarius). The comet is already displaying a coma, which extends over 1300 km from the nucleus.