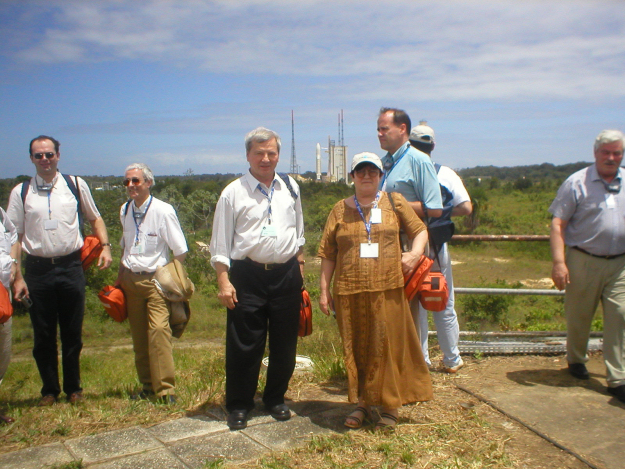 Svetlana Gerasimenko and Klim Churyumov in Kourou just before the launch of the Rosetta spacecraft in March 2004. The Ariane rocket which launched Rosetta can be seen in the background.