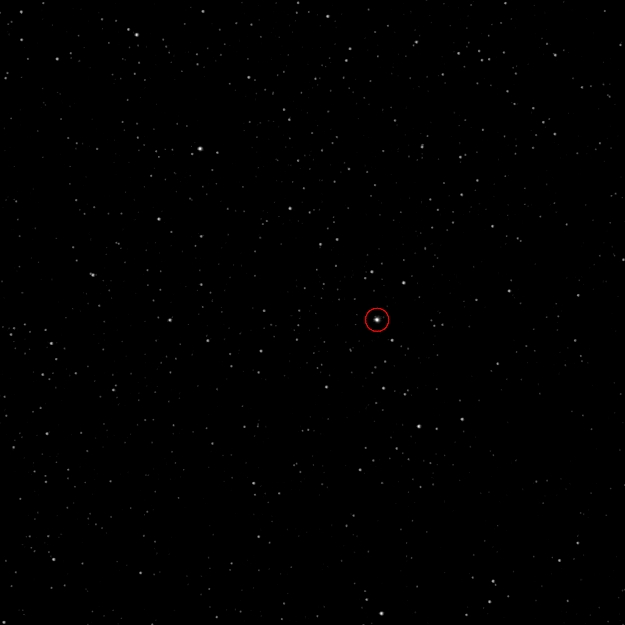 Rosetta's target comet, 67P/Churyumov–Gerasimenko, seen on 4 June 2014 by the OSIRIS Narrow Angle Camera. The comet's activity has declined since April–May, showing the unpredictable nature of these objects. The image shows a quarter of the full field of OSIRIS and was taken with an exposure time of 67 seconds.