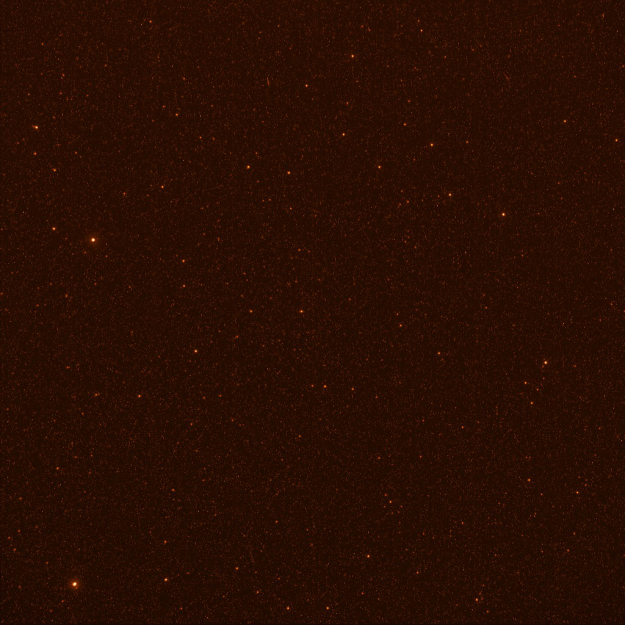 This image shows a star field with comet 67P/Churyumov-Gerasimenko at the centre. It was taken by Rosetta's navigation camera (NAVCAM) on 3 June 2014. The NAVCAM has a 5-degree field of view and takes 1024 × 1024 12-bit per pixel images.

In these images it can be difficult to spot the comet against the background stars, but it is at the centre of the frame. Since the camera is always (except for a few frames near the end of the animated sequence) pointed at the comet, the stars on the sky sweep by while the comet remains more or less stationary in the camera field.

The images have all been scaled to keep the comet at the same apparent brightness. In the animated sequence, as Rosetta approaches the comet and the comet gets brighter, the stars and the fixed detector noise get fainter, and the background gets darker.