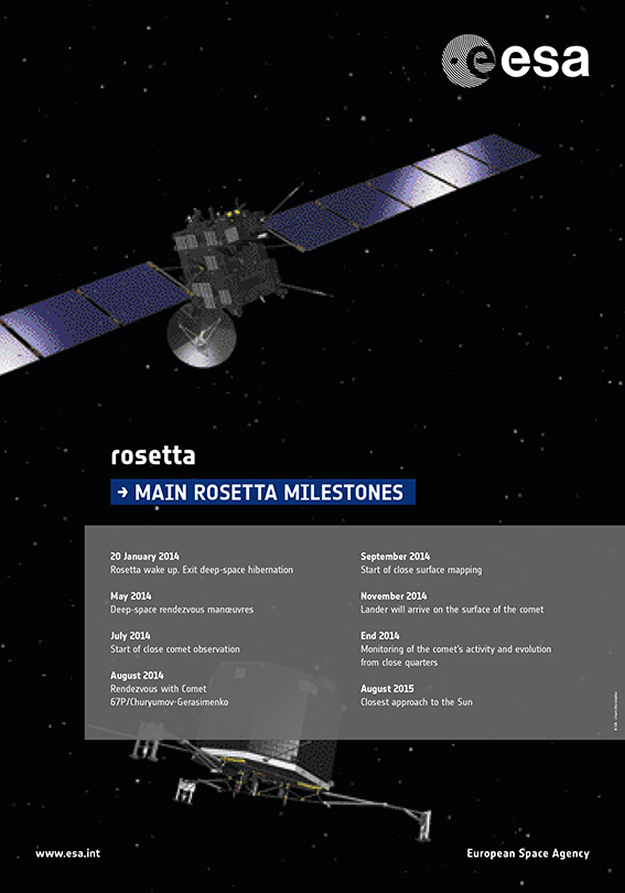 November 2014
Lander will arrive on the surface of the comet

August 2015
Closest approach to the Sun