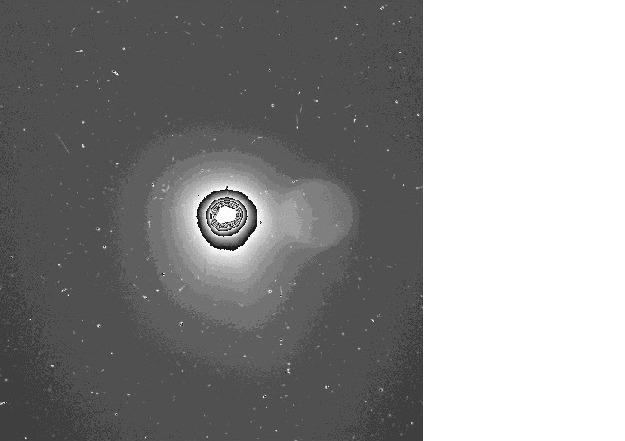 The halo – coma – of Rosetta's target comet as seen with the OSIRIS wide-angle camera. The image spans 150 km and was taken on 25 July 2014 with an exposure time of 330 seconds. The greyscale relates to the particle density in the coma, with highest density close to the nucleus, becoming more diffuse further away. The hazy circular structure on the right is an artefact. The nucleus is also overexposured. The specks and the streaks in the background are attributed to background stars and cosmic rays.