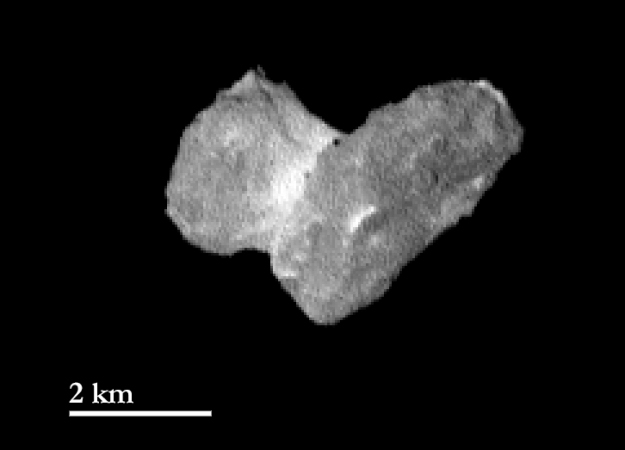 The nucleus of Rosetta's target comet seen from a distance of 1950 km on 29 July 2014. One pixel corresponds to about 37 m in this OSIRIS narrow-angle camera view. The bright neck between the two lobes of the nucleus is becoming more and more distinct.