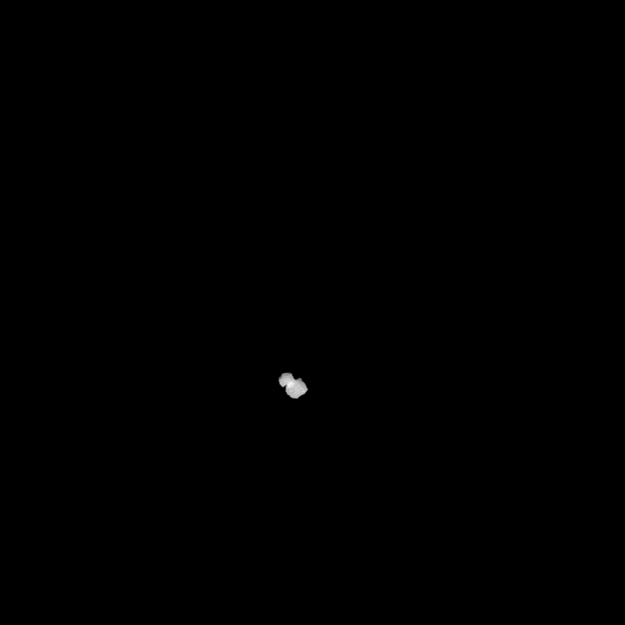 Full-frame NAVCAM image taken on 31 July 2014 from a distance of about 1327 km from comet 67P/Churyumov-Gerasimenko. The image has been processed using an interpolation technique and the resolution has been increased from 1024 × 1024 (see the original image) to 10240 × 10240 pixels.