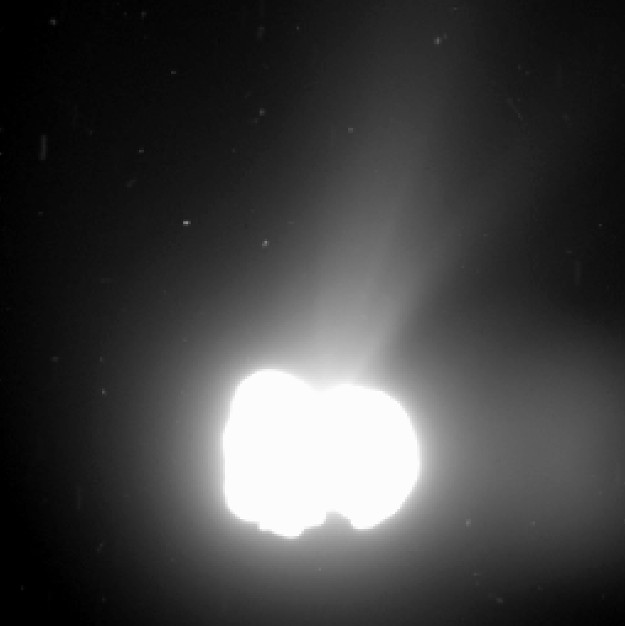 Comet 67P/Churyumov-Gerasimenko activity on 2 August 2014. The image was taken by Rosetta's OSIRIS wide-angle camera from a distance of 550 km. The exposure time of the image was 330 seconds and the comet nucleus is saturated to bring out the detail of the comet activity. Note there is a ghost image to the right. The image resolution is 55 metres per pixel.