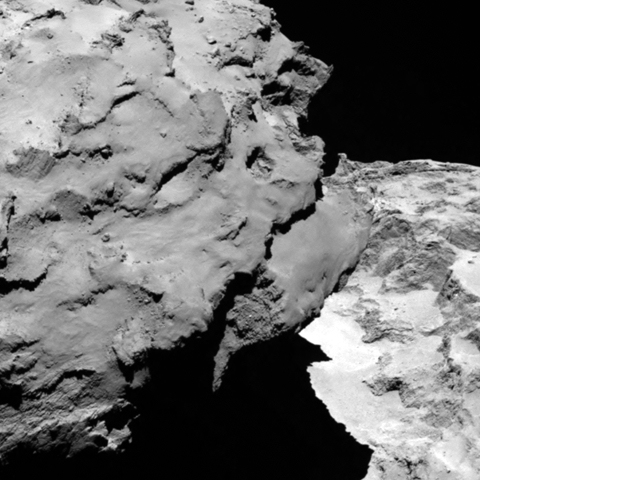 Close-up detail of comet 67P/Churyumov-Gerasimenko. The image was taken by Rosetta's OSIRIS narrow-angle camera and downloaded today, 6 August. The image shows the comet's 'head' at the left of the frame, which is casting shadow onto the 'neck' and 'body' to the right.

The image was taken from a distance of 120 km and the image resolution is 2.2 metres per pixel.