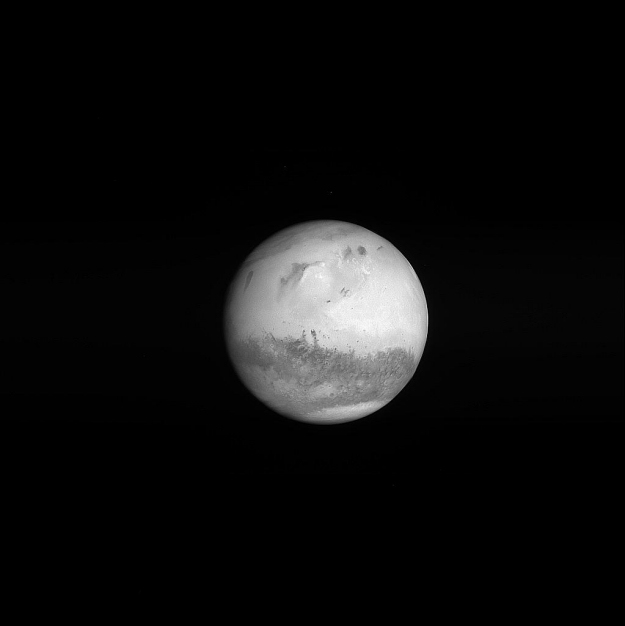 Mars as seen by Rosetta's navigation camera (NAVCAM) during approach to the planet on 24 February 2007.