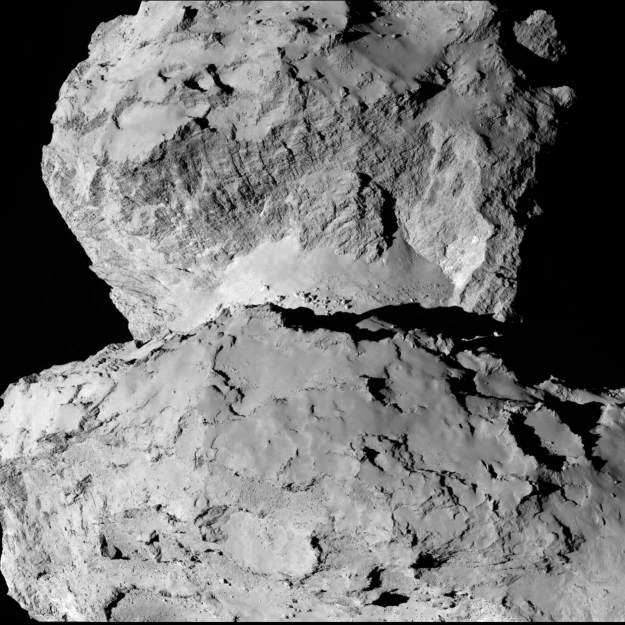 Comet 67P/Churyumov-Gerasimenko imaged by Rosetta's OSIRIS narrow-angle camera on 7 August from a distance of 104 km.

By combining this image with a similar image taken 17 minutes earlier, a 3D anaglyph can been made.