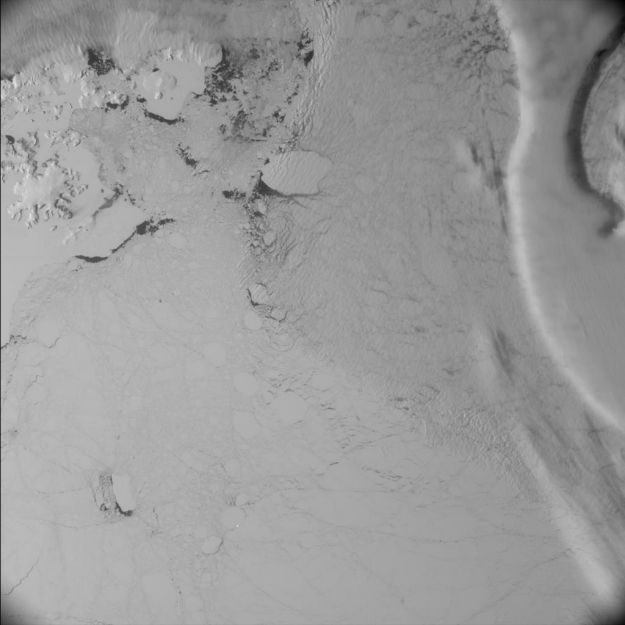 This image was taken by Rosetta's navigation camera (NAVCAM) right after Rosetta's closest approach to Earth. The picture was taken at 20:55 UT on 13 November 2007, as Rosetta's second Earth swing-by concluded, while the spacecraft was flying at a height of about 5500 km from the surface.

The northern tip of Antartica's Graham Land peninsula is visible to the upper left in the image.