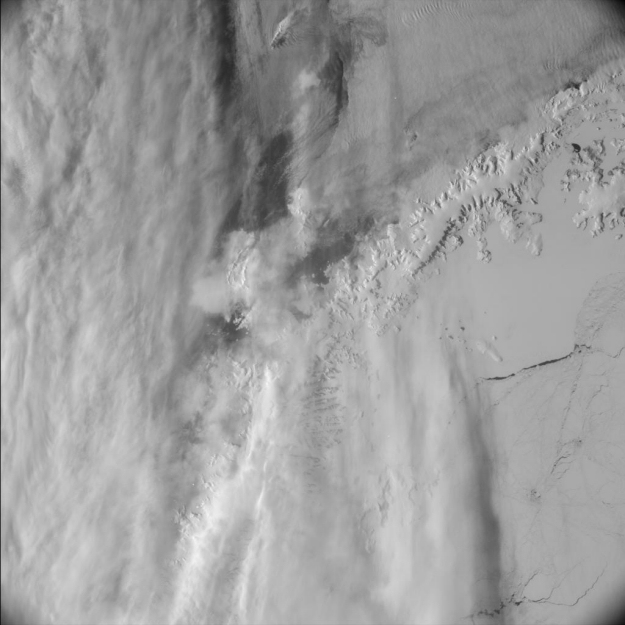 View of the Antarctic region with the northern tip of the Graham Land peninsula.

This image was taken by Rosetta's navigation camera (NAVCAM) right after Rosetta's closest approach to Earth. The picture was taken at 20:56 UT on 13 November 2007, as Rosetta's second Earth swing-by concluded, while the spacecraft was flying at a height of about 5500 km from the surface.