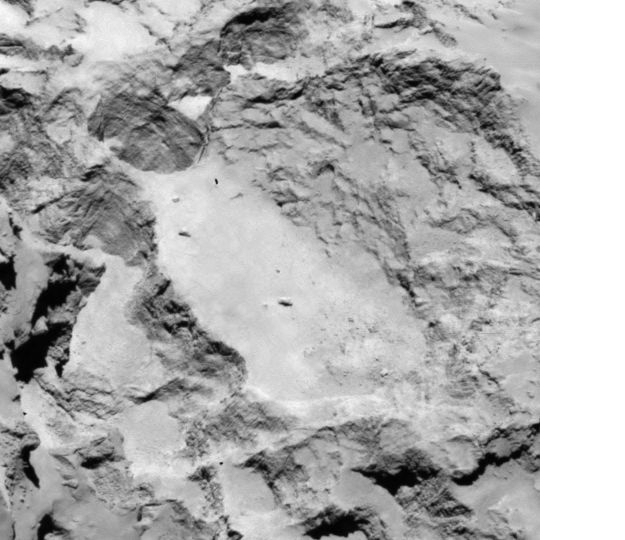 This image shows a zoom into candidate site A, which is located on the larger lobe, but in good view of the smaller lobe. The region is interesting because the terrain between the two lobes is likely the source of some outgassing. However, higher-resolution imaging is needed to study potential surface hazards such as small depressions and slopes, while the illumination conditions also need to be considered further.