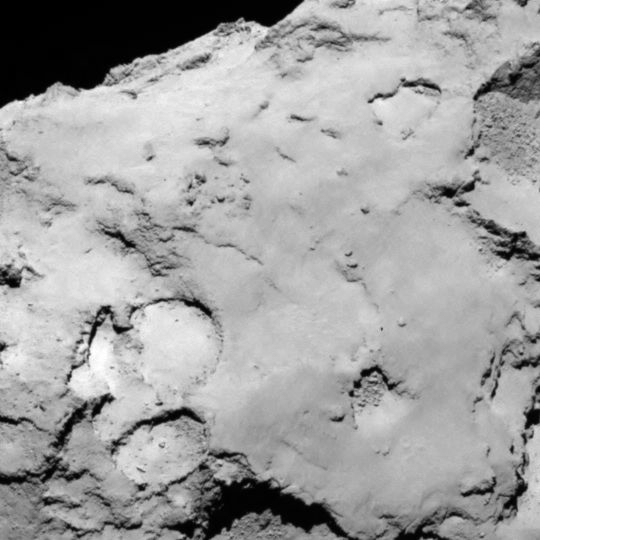 This image shows a zoom into candidate site C, which is located on the larger lobe of the comet. It hosts a range of surface features including some brighter material, depressions, cliffs, hills and smooth plains, but higher-resolution imaging is needed to assess the risk of some of these features. It is also well illuminated, which would benefit the long-term scientific planning for Philae.