Rosetta image of the Moon

Rosetta image of the Moon 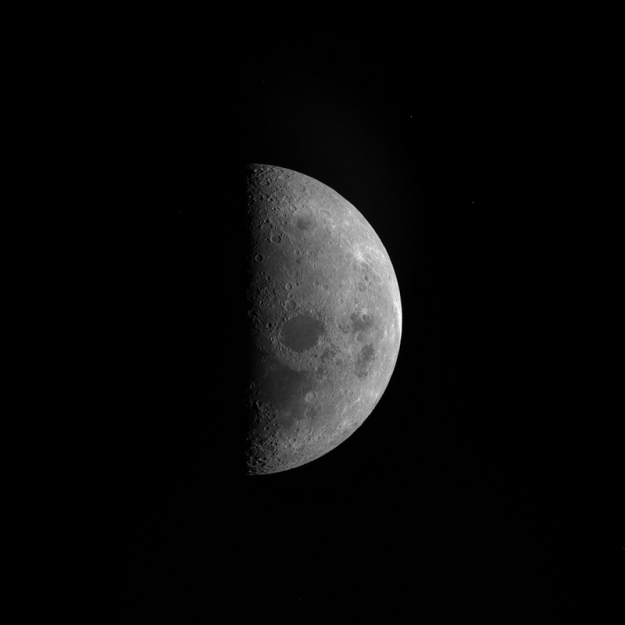 This image of the Moon was taken with Rosetta's OSIRIS narrow-angle camera (NAC) at 06:36 UT on 13 November 2007, about nine hours after Rosetta's closest approach to Earth during its second Earth gravity assist.

OSIRIS has been designed to image faint objects, so a neutral density filter was placed in the optical path to reduce the sensitivity of the camera to one fiftieth. The above image was acquired through the far-focus red filter of the camera (750 nanometres)