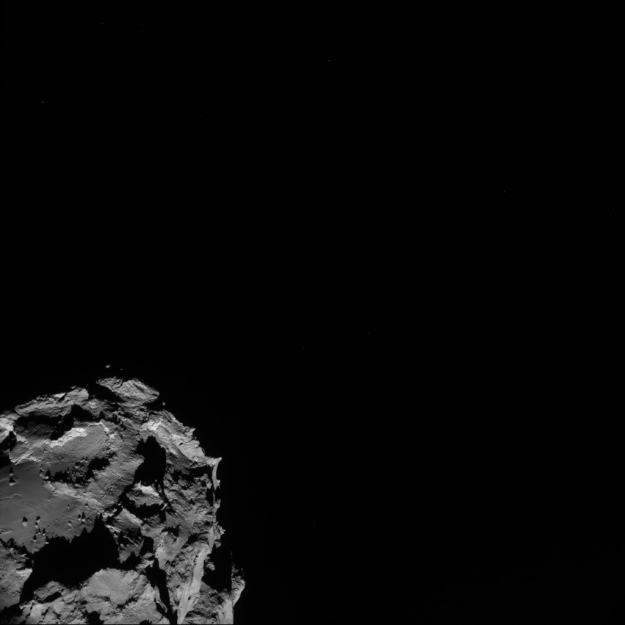 From 23 August, Rosetta started taking NAVCAM image sequences as small 2×2 rasters, such that roughly one quarter of the comet is seen in the corner of each of the four full-frame images.