Clouds over the South Pacific

Clouds over the South Pacific 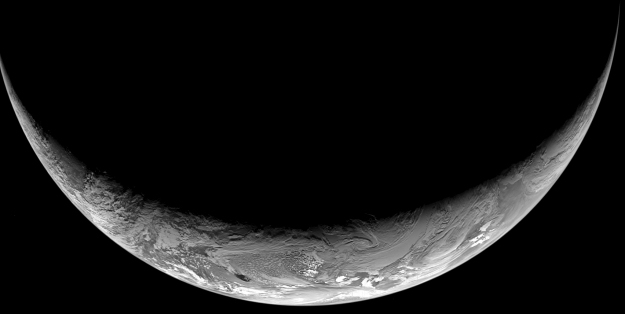 The image was taken on 13 November 2009 at 05:45 GMT, during Rosetta's third and final flyby of Earth. The closest approach was two hours later, at exactly 07:45:40 GMT, as Rosetta passed just south of the Indonesian island of Java, at an altitude of 2481 km.

This image is shown in a logarithmic scale to bring out details in the varying light intensity. As a result the scene looks roughly the same as it would appear to the unaided human eye, albeit in greyscale.

A false-colour zoom of the anticyclone, close to the centre of the Earth's crescent, is available as a related image (right-hand menu).

Anticyclone over the South Pacific