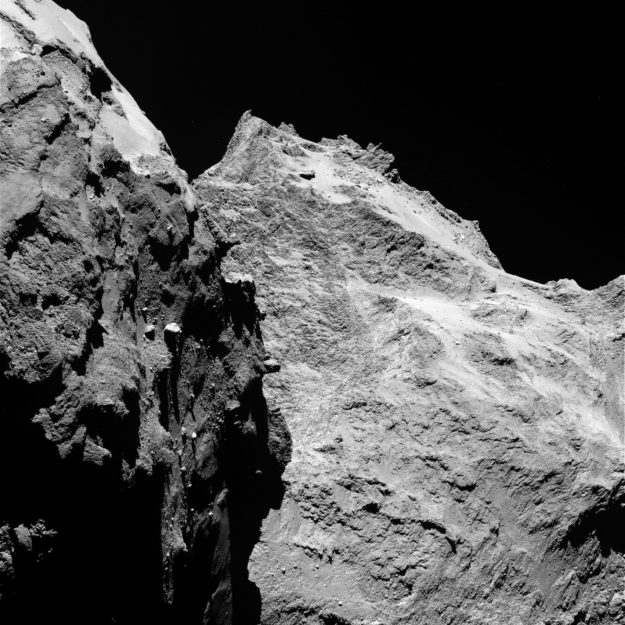 Jagged cliffs and prominent boulders are visible in this image taken by the OSIRIS narrow-angle camera on 5 September 2014 when Rosetta was at a distance of 62 kilometres from comet 67P/Churyumov-Gerasimenko. The left part of the image shows a side view of the comet's 'body', while the right is the back of its 'head'. One pixel corresponds to 1.1 metres.