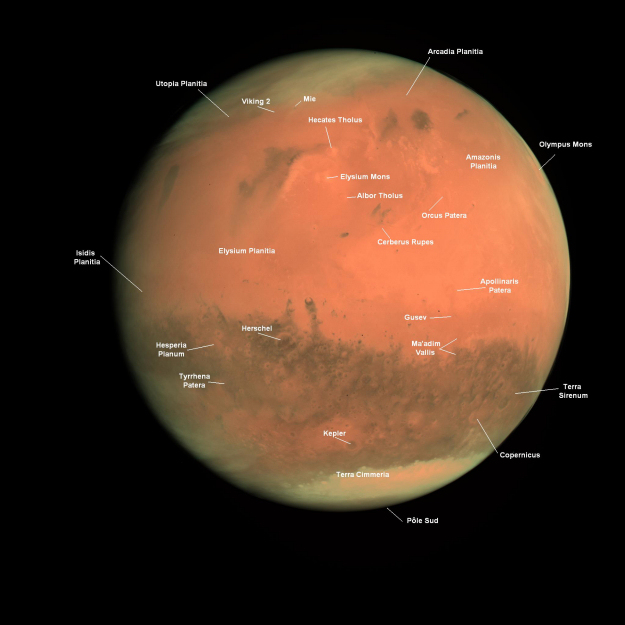 Annotated version of a two-colour composite of Mars seen by the OSIRIS narrow-angle camera on 24 February 2007 at 18:28 UT from a distance of about 240 000 km, with an image resolution of about 5 km per pixel. This is better, for example, than previous views of the planet obtained by the Hubble Space Telescope. The greenish regions are clouds above the red surface of Mars.