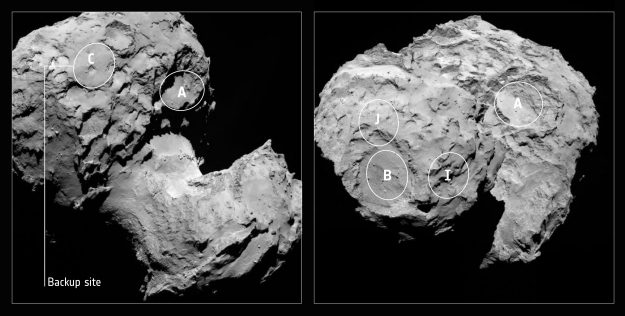 Context image of Comet 67P/Churyumov–Gerasimenko with the original five candidate landing sites for Rosetta's lander Philae, and with the backup, Site C, indicated.

The regions are marked on OSIRIS narrow-angle camera images taken on 16 August from a distance of about 100 km. The comet nucleus is about 4 km across.

The sites were assigned a letter from an original preselection of 10 possible sites identified A to J. The lettering scheme does not signify any ranking. On 13 September, Site J was chosen as the primary, with Site C as the backup.