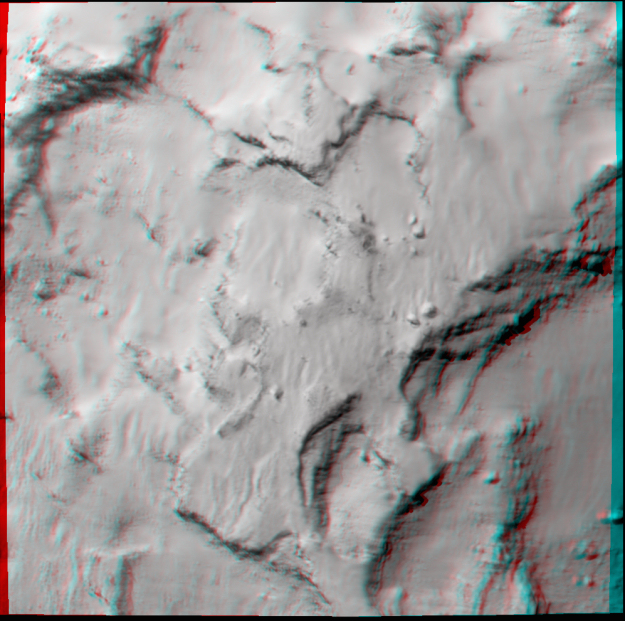 This anaglyph image of Philae's primary landing site on the 'head' of Comet 67P/Churyumov–Gerasimenko can be viewed using stereoscopic glasses with red–green/blue filters.

The two images used to make the anaglyph were taken on 26 August 2014 from a distance of 48 km with Rosetta's OSIRIS narrow-angle camera. The image scale is 0.96 metres/pixel.