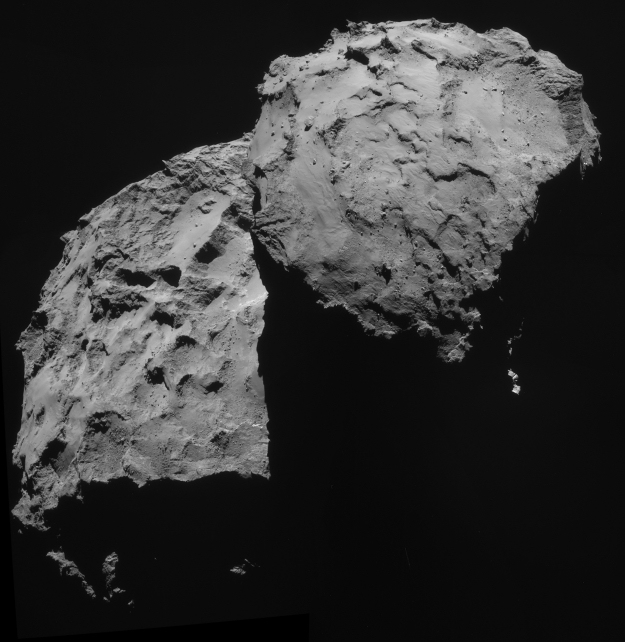 Mosaic of four images taken by Rosetta's navigation camera (NAVCAM) on 14 September 2014 at about 30 km from the centre of comet 67P/Churyumov-Gerasimenko. The image scale is approximately 2.5 metres per pixel and the phase angle is 61.5 degrees.

The images used for this mosaic were taken in sequence as a 2×2 raster over a short period, meaning that there is some motion of the spacecraft and rotation of the comet between the images.

The four individual full-frame images are also available as related images in the right-hand menu. Note this mosaic was rotated by 180 degress and cropped to remove most of the black space around the comet.