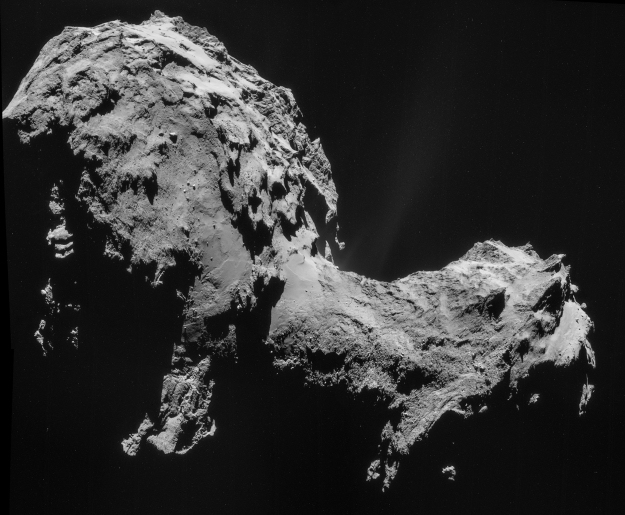 Mosaic of four images taken by Rosetta's navigation camera (NAVCAM) on 19 September 2014 at 28.6 km from the centre of comet 67P/Churyumov-Gerasimenko.

The images used for this mosaic were taken in sequence as a 2×2 raster over an approximately 20 minute period, meaning that there is some motion of the spacecraft and rotation of the comet between the images.

Note this mosaic has been rotated by 180 degrees and cropped. The mosaic has been put together using Microsoft ICE. This left a few small regions requiring slight exposure adjustments using Adobe LightRoom. The full image has then been lightly contrast enhanced to bring out the activity without increasing the background noise too much.