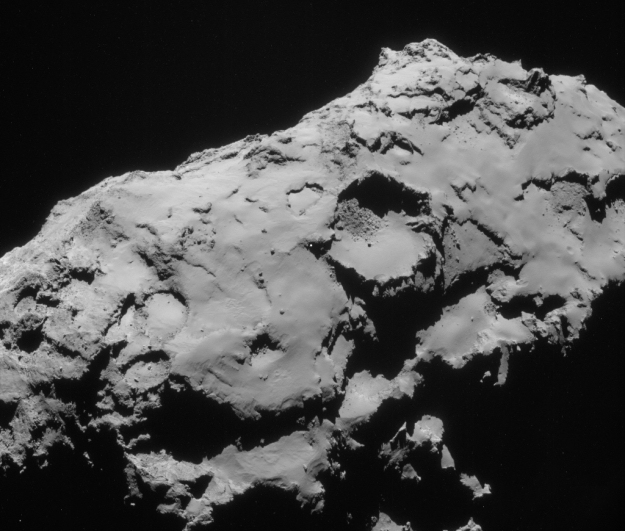 Single frame NAVCAM image (cropped) taken on 21 September 2014 at 28.1 km from the centre of comet 67P/Churyumov-Gerasimenko.

NAVCAM image sequences are now being taken as small 2×2 rasters, such that roughly one quarter of the comet is seen in the corner of each image.