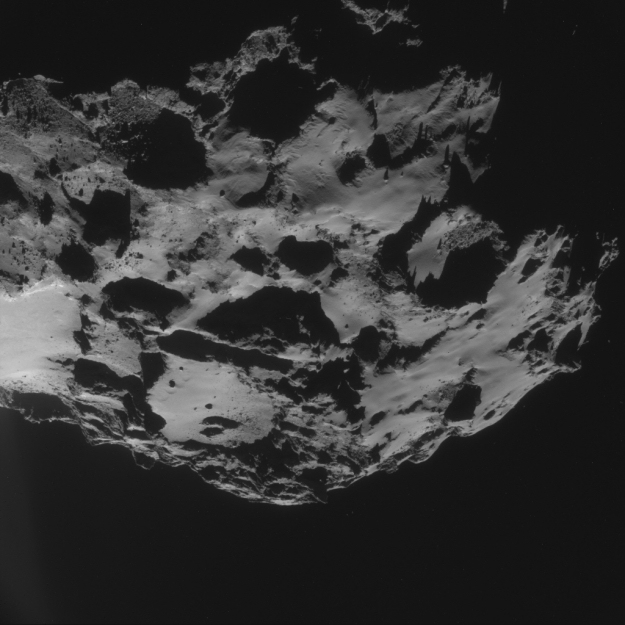 NAVCAM image sequences are now being taken as small 2×2 rasters, such that roughly one quarter of the comet is seen in the corner of each of the four images. A montage of all four images from this sequence is available here and clearly shows the spectacular region of activity at the 'neck' of the comet. This is the product of ices sublimating and gases escaping from inside the comet, carrying streams of dust out into space.