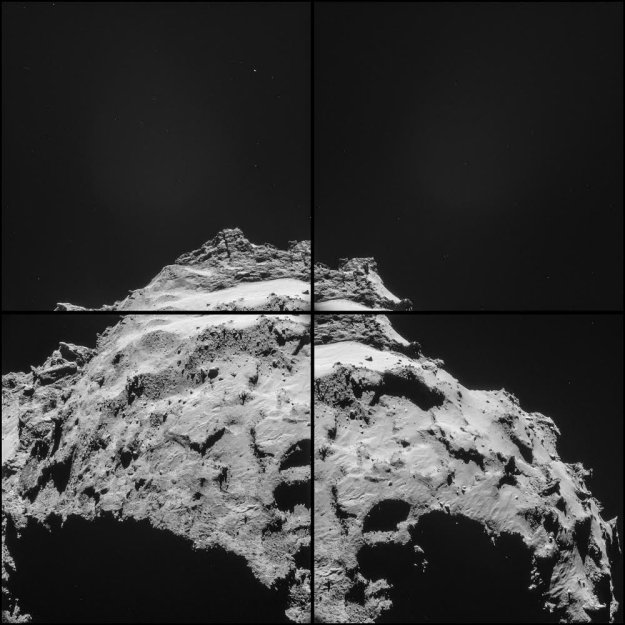 Montage of four images taken by Rosetta's navigation camera (NAVCAM) on 30 September 2014 at 18.1 km from the centre of comet 67P/Churyumov-Gerasimenko. Each of the four frames making up the montage measures about 1.4 kilometres across. The image features Site J, the primary landing site for Rosetta’s lander Philae.

The four images were taken in sequence as a 2×2 raster over a short period, meaning that there is some motion of the spacecraft and rotation of the comet between the images.