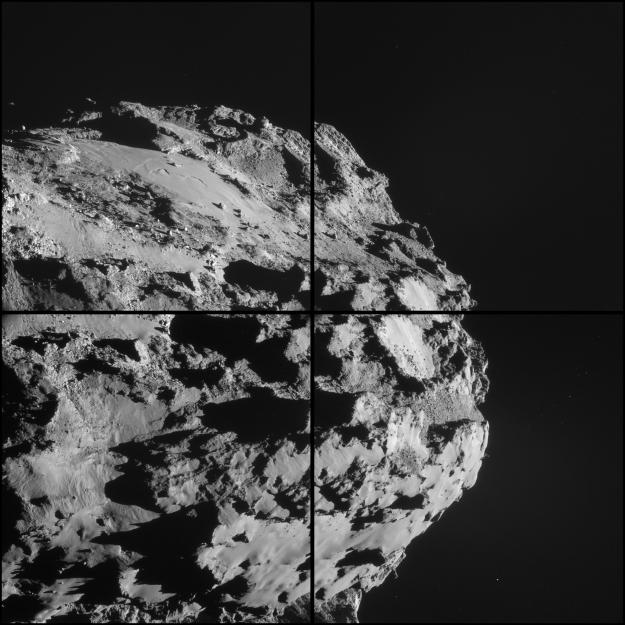 Montage of four images taken by Rosetta's navigation camera (NAVCAM) on 8 October 2014 at 16.9 km from the centre of comet 67P/Churyumov-Gerasimenko. The view covers the bottom and side of the larger lobe of the comet, and highlights the large, smooth region that is home to a number of large boulders, including 'Cheops'. The montage has been rotated 90 degrees clockwise to place the region at the top for emphasis.

The images have been cleaned to remove the more obvious bad 'pixel pairs' and cosmic ray artefacts, they have been background subtracted to remove some striping and fixed noise patterns, and intensities have been scaled.