ESA Science & Technology - What does Philae do during descent?

What does Philae do during descent?

What does Philae do during descent? 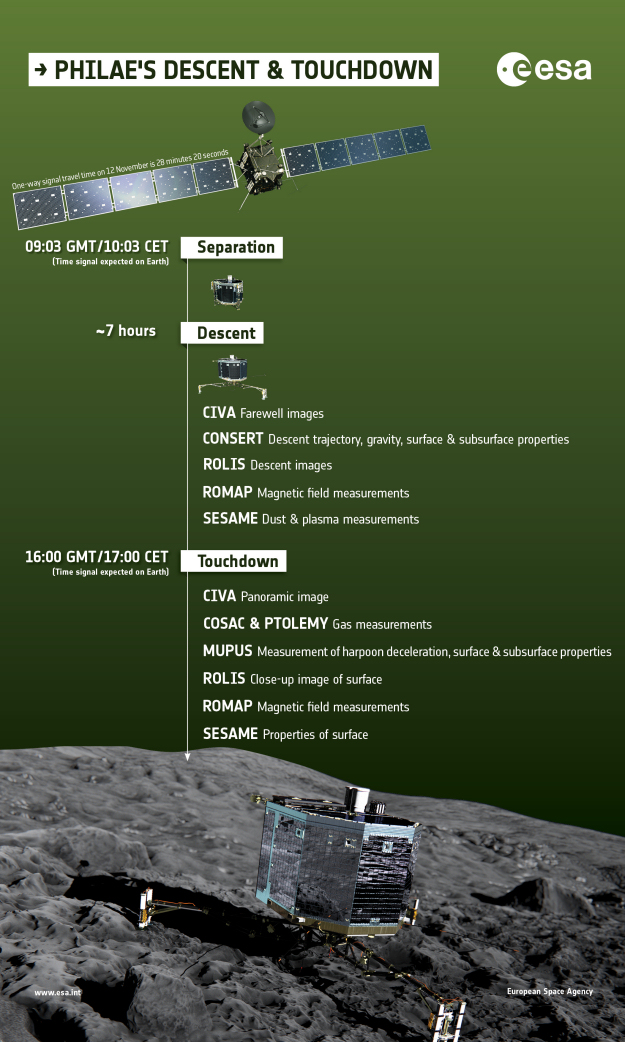 Infographic to summarise the measurements carried out by Rosetta's lander, Philae, during its seven-hour descent to comet 67P/Churyumov-Gerasimenko and immediately after touchdown. The time the signal is expected on Earth to confirm separation (09:03 GMT) and approximate time of landing confirmation (16:00 GMT) is also provided. The lander operations are listed in alphabetical order. After touchdown measurements have been made, the lander begins the first science sequence operations (not shown in this infographic).