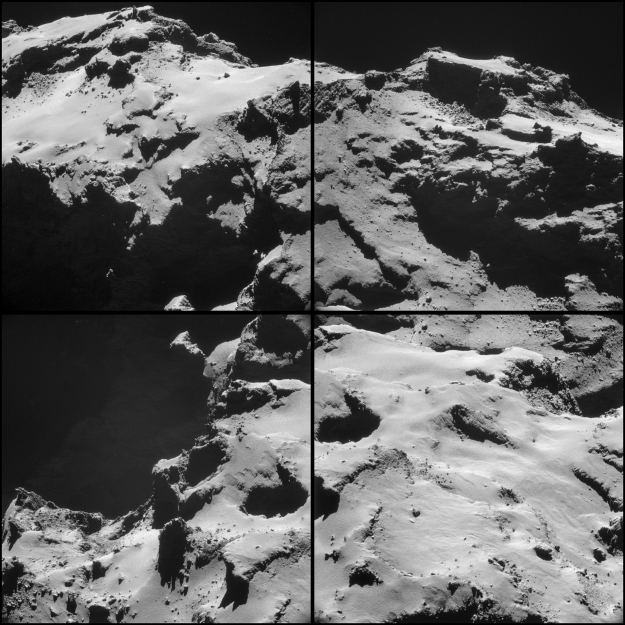 Montage of four images taken by Rosetta's navigation camera (NAVCAM) on 15 October 2014 at 9.9 km from the centre of comet 67P/Churyumov-Gerasimenko. The orientation is such that we’re looking down onto the small lobe from above (bottom two frames), with the large lobe beyond (top two frames).