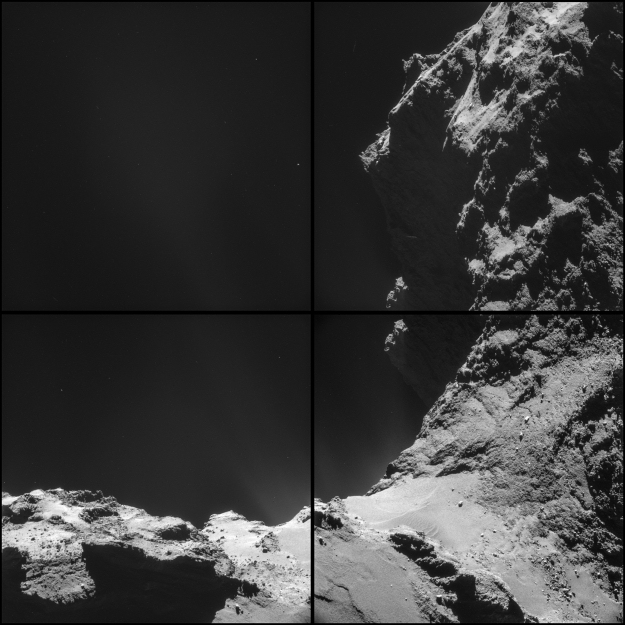 Montage of four images taken by Rosetta's navigation camera (NAVCAM) on 18 October 2014 at 9.8 km from the centre of comet 67P/Churyumov-Gerasimenko. In this orientation, the larger lobe of the comet is to the left, the smaller lobe to the right. The image highlights the features of the comet’s neck, including the active region.