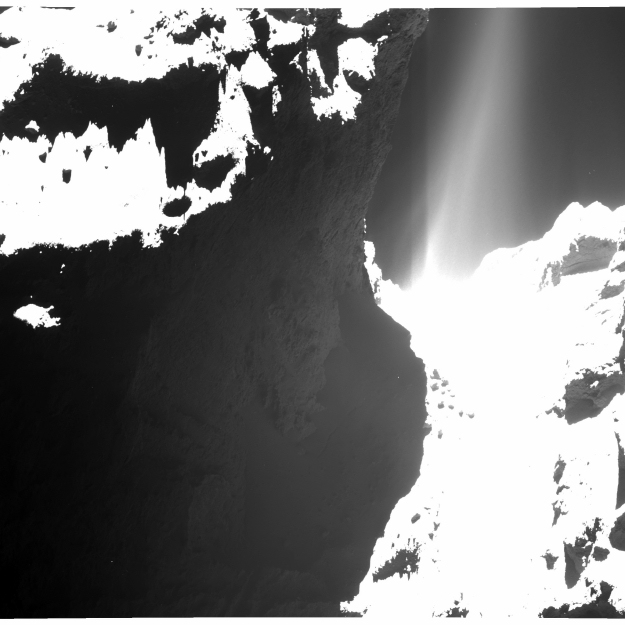 Rosetta OSIRIS wide-angle camera image taken on 20 October 2014 at 7.2 kilometres from the surface of comet 67P/Churyumov-Gerasimenko, showing a region on the comet's neck (the larger lobe is to the right and the smaller lobe is to the left in this orientation).

The image was taken with an exposure time of 18.45 seconds to bring out the details of the jet arising from the comet's surface.

A second image of the same region, taken with a shorter exposure time to bring out the details on the comet's surface, is here.