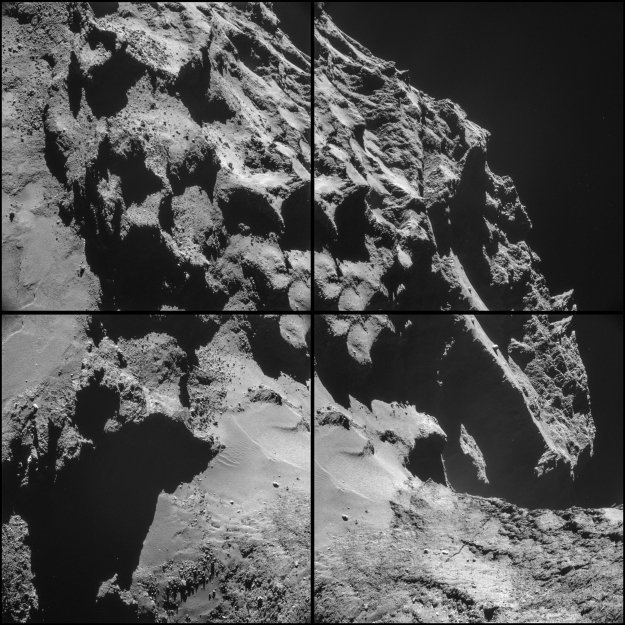 Montage of four images taken by Rosetta's navigation camera (NAVCAM) on 24 October 2014 at 9.8 km from the centre of comet 67P/Churyumov-Gerasimenko – about 7.8 km from the surface. In this orientation the larger lobe occupies the upper frames, with the neck filling the lower frames. The smaller lobe of the comet is out of view towards the right.