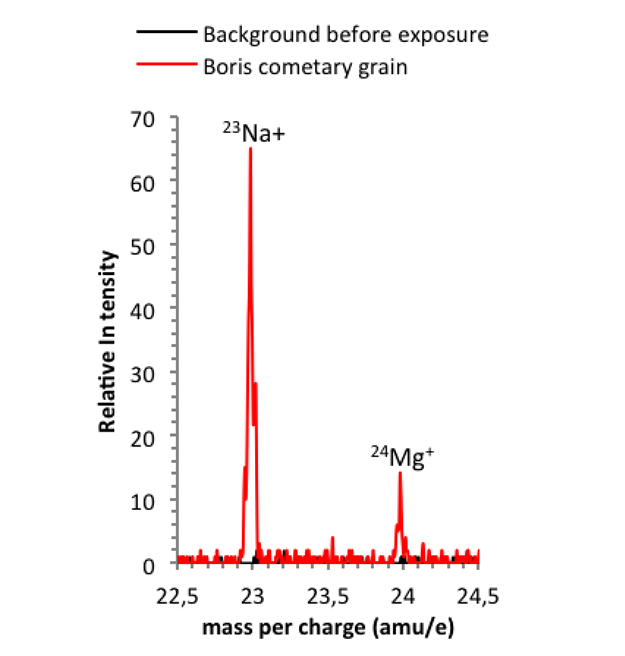 This spectrum shows the positive mass per charge from 22.5 amu/e to 24.5 amu/e obtained on 7 August 2014, before exposure of the first COSIMA target-holders (shown in black) and from the "shot and hit" grain Boris (shown in red) collected during the second exposure week (18-24 August 2014) at about 80 km from comet 67P/Churyumov-Gerasimenko. Each spectrum is the sum of two spectra taken at the same position, each taken for a period of 2.5 minutes. The two clear peaks in the red spectrum show that among the grain's components are magnesium and sodium.