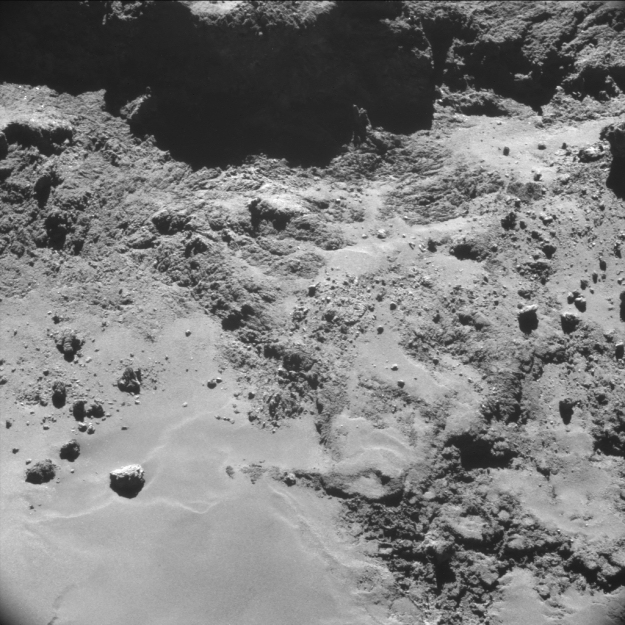 Full-frame Rosetta navigation camera (NAVCAM) image taken on 26 October 2014 at 9.8 km from the centre of comet 67P/Churyumov-Gerasimenko – about 7.8 km from the surface.

NAVCAM image sequences are now being taken as small 2×2 rasters and only part of the comet is seen in each of the four images. A mosaic of all four images from this sequence, stitched together, is available here.