Rosetta arrives at the comet

Rosetta arrives at the comet 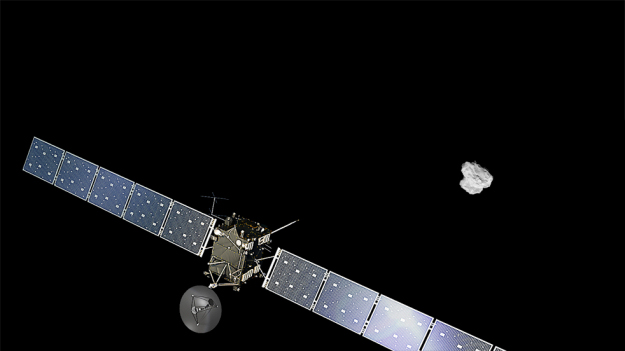 The comet image was taken on 2 August 2014 by the spacecraft's navigation camera at a distance of about 500 km.

The spacecraft and comet are not to scale.